Tisha B’Av, is a day of mourning and repentance for Jewish people around the world. It commemorates the destruction of the Temple in Jerusalem, destroyed not once, but twice. The First Temple was destroyed by the Babylonians in 586 BCE and the Second Temple, by the Romans in 70 AD.

In the Jewish community thoughts turn to the sad events that occurred on this date;

On this solemn day, it is traditional for Jewish people to consider their history, struggle to survive as a people and their prayers. The community also reflect in acknowledgement, corporately and individually, that it is sin that brings about calamity. This is an important lesson for us all; in our modern world we can interpret sin as a solo issue. However, the reality is that sinful choices are always selfish and impact the people around us. When whole communities reject loving practices detailed in the bible, to instead choose sin and personal gain, many people are hurt and oppressed.

The reflective practice of the Jewish people is important for healing from the impact of the challenges the community has faced through many generations. God is gracious, He is willing and able to heal us from the trauma caused by our own sins and the sins of others too. It is customary on Tisha B’av, to read from the Book of Lamentations, and there is a reminder in Chapter 3, verse 22 that;

‘…the steadfast love of the LORD never ceases; his mercies never come to an end’.

Lamentations ends with a prayer:

The survival of the Jewish people is certain, because of the character and heart of God; He is faithful and merciful. Therefore, God’s commitment to His People is assured. This is the basis of faith for all of us who believe; we love Him because He has first loved us. (1 John 4:19) On Tisha B’Av, the Jewish people deal with the loss of the Temple, the place where the Divine touched the earth. They are challenged to pursue God in greater intimacy and this challenge unites us too, who believe in the Messiah. We can truly fellowship with God, thanks to Jesus, who refers to Himself as the Temple (John 2:19), and states;

Let’s join the Jewish people in repentance and confident pursuit of intimacy with God, which Jesus has assured us of. Let us also pray for the Jewish people that they too be comforted by the knowledge that the true Temple, Jesus the Messiah, has been raised up in three days! 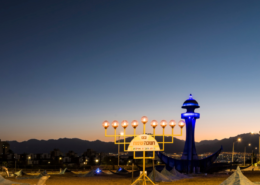