A great hero of the faith, George Muller (1805-1898), is well known and esteemed in the UK for the incredible ministry of faith and compassion that defined his Christian walk. But what is lesser known, is that Muller was led to this country by his love for the Jewish people. Walking by faith and not by sight (2 Corinthians 5:7) is what led him from his native Germany, to London, and then to settle in Bristol from 1832 to his death in 1898.

In Bristol, Muller witnessed the suffering of poor and orphaned children that social commentators and prominent authors of the time, such as Bronte and Dickens, were discussing in their writings. But Muller went further than raising awareness of their plight, to take action to meet their needs and alleviate their suffering. These poor and orphaned children were hit the hardest by the cholera pandemic of 1832 and Muller began an outreach programme to help them. By 1839, he had acquired the first of the many homes for orphans he founded over the rest of his life.

From the time of his arrival in Bristol as a Pastor, to his death by which time he was facilitating the full-time care of 2050 in the purpose-built Ashley Downs home, Muller had travelled 200,000 miles to 42 countries sharing the miracles and testimonies of his life in Christ.

The great miracle in this journey of faith that he was eager to share, is that by the grace of God, he had never actively raised any money for his ministry. These incredible missionary and social care outputs of his ministry, were achieved without fundraising. Rather, the ministry shared Muller’s biographical account of his life call and the fruit of his labour, and people gave gifts in response as they felt led.

The defining faith and compassion of George Muller, we perhaps know well but the convictions these were built upon, are not as well publicised. Yet these are vital for us to know, if we too are going to benefit from the lessons of Muller’s walk with the Lord. So, we will take a look back at that which shaped Muller’s early testimonies, and the revelations that assured him of the will of God for his life.

When Muller was a student of divinity at the University of Halle, he was positively impacted by the orphanages of Halle, which had been founded by August Hermann Francke (1663-1727). Francke was a preacher, lecturer and theologian of distinction and influence. Once he had taken up posts at the University of Halle, he remained there 36 years, preaching and teaching, founding an orphanage, printing presses and missionary training and commissioning.

Francke’s legacy in Halle is evidenced by Muller debating with himself about the challenges of setting up an orphanage, over two centuries later: “Then, though we be dead, yet should we be speaking. Auguste Franke is long since gone to his rest, but he spoke to my soul in 1826”.

But it was not just in this one cause that Francke’s legacy influenced Muller through the culture at Halle, it was also the missionary passion, and respect for the Judaic roots of the Christian faith. In fact, it was these two latter principles of practical faith and application, that led Muller to England in the first place.  We will explore these elements in part two of this article, next week. 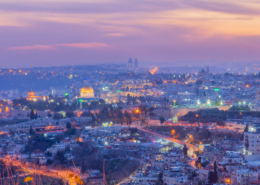 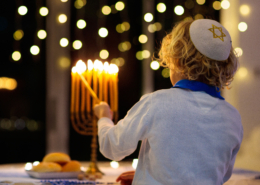 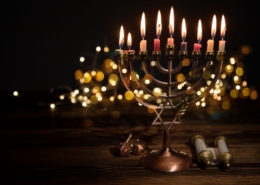 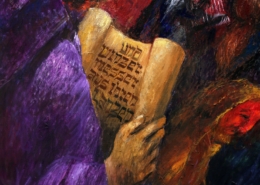 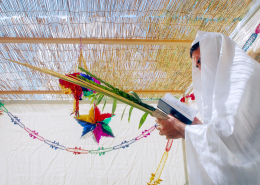 Last week, the terrorist group Hezbollah launched a barrage of rockets against Northern Israel, from the Lebanese border with the state. This is the heaviest attack Israel has faced from Lebanon in fifteen years. Of the nineteen projectiles Hezbollah fired, ten were intercepted by the Iron Dome missile defense system, six landed in open areas, and three landed in Lebanon itself.

Hezbollah claims that the attack was a response to Israel’s targeted aerial strikes in Lebanon on Thursday. However, Israel’s strikes were themselves a response to three projectiles sent from Lebanon on Wednesday, a few days before Friday’s cascade. Israel said they have no desire for war and do not wish to make the northern border a place of confrontation. They are however, prepared to intensify their response if the rocket strikes continue. Hamas, a terrorist group in Gaza, congratulated Hezbollah for their attacks on Israel.

Please pray for rapid de-escalation of the tension on Israel’s northern border.

As the school holidays have ensued, families are spending more time outdoors, and there is a wonderful atmosphere in Israel at this time of year. As families relax in the many beauty spots and beaches of Israel, they look to meet people and engage in discussion. Our CPM Israel team have shared with us that the open culture of engagement and discussion in Israel, makes this a fruitful season to meet people and discuss spirituality.

Please pray for the conversations our team have with Israeli people, that the topics would be pleasing to the Lord and pave the way to planting His truths in their hearts!

EVIDENCE FOUND OF THE EARTHQUAKE PROPHESIED BY THE PROPHET AMOS

The book of Amos opens with a vision the prophet saw, of a great earthquake, in the days of Uzziah king of Judah and Jeroboam the son of Joash, king of Israel. The prophet was himself one of the shepherds of Tekoa, and the earthquake he envisioned, came to pass two years later in the eighth century.

Last Wednesday, The Antiquities Authority (IAA) announced that they had for the first time, found evidence in Jerusalem of this earthquake which occurred 2,800 years ago! It was discovered in an archeological dig in the City of David National Park, and researchers confirmed that the destruction they found, can only have been caused by an earthquake. This is because no evidence of flooding or fire is present.